Me, Back in Time on TV

Leave a comment Posted by Robert Turner on March 3, 2020

So MY BOY Chris Ford in Austin texts me last night saying “I just saw you on TV!” I promptly respond with “Liar!” He casually replies with a pic that he takes of his TV. I was like holy shit!

It was the day after Kay Bailey Hutchison (currently U.S. Ambassador to NATO) had been elected U.S. Senator in a special election to replace Lloyd Bensten, who had become Bill Clinton’s Treasury Secretary. The year was 1993. Oy vey!

You can see the pic below. The link is to the story that ran last night on the ABC affiliate KVUE in Austin about the history of Senate elections in Texas. 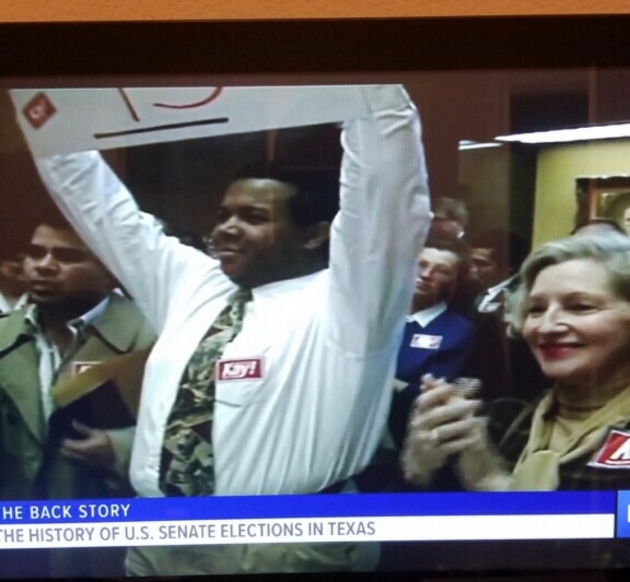