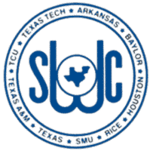 Texas’ athletic director DeLoss Dodds so succinctly summed it up the other day, “We didn’t start this, but if we need to finish it, we’ll finish it.”

I believe what Dodds should do, is get on the phone to TCU, Houston & Rice.  Let’s get the (SWC) band back together again!   This would make perfect sense.

OU and OSU would move up to the Big XII-North (screw Nebraska).

The last few weeks I have been following the soap opera that is college football.  What has got me and so many others on pins and needles is the thought that my beloved Big XII is about to be put on the endangered species list.

At the end of last football season, the Big Ten announced that it was looking to expand with one and possibly two new schools.  The immediate two schools mentioned were Nebraska and Missouri, considered the best amongst Big XII-North (The North) schools.  That’s where the problem begins.

Perennially, The North doesn’t have what it takes to compete with the Big XII-South (The South) school, except in basketball.

That’s when the Pac-10 decided to make entreaties of its own.  It needed to look no further than The South, with power houses like Texas and Oklahoma, and other good schools like Texas A&M, Texas Tech and Colorado.  And while Colorado hasn’t been much of anything for the past ten years, it makes sense geographically.

Sorry, Baylor.  This time around you’re the odd man out!  You don’t have Governor Ma Richards watching your back like when the half of the SWC merged with the Big 8 to originally give us the Big XII.  I guess you’re the new SMU.

I really don’t want to see the Big XII fold.  I’ve been a fan of it from day one.  I don’t know if I can accept being in a conference with Pacific in the title.

But at the end of the day, besides being another day older, we all know that the NCAA is all about money!  As ESPN put it, “the blockbuster deal would add the nation’s No. 5 (Dallas), No. 10 (Houston) and No. 16 (Denver) TV markets to the conference, which already includes No. 2 Los Angeles, No. 6 San Francisco, No. 12 Phoenix and No. 13 Seattle.”

Leave a comment Posted by Robert Turner on April 21, 2010

Leave a comment Posted by Robert Turner on October 16, 2009

The weather in DC sucks right now!  No, I am not exaggerating.  This dreary Boston/Seattle/London-like DRIZZLE (a shout out to Finn on Glee) makes me want to go chew on a shotgun blast.

According to the weatherman, it’s supposed to be like this for the next three to four days.  That makes me want to make him chew on said shotgun blast first.

At least the weekend is upon us.  And more so, it’s TEXAS-OU weekend!  I’m looking forward to beating the hell out of Oklahoma for the fourth out of five years.  #3 Texas has a 58-40-5 record against the lowly #20 Oklahoma.

Looking forward to Colt McCoy putting the beat down on Sam Bradford!