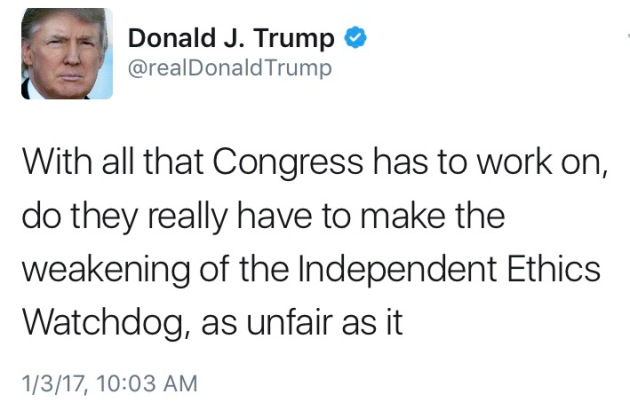 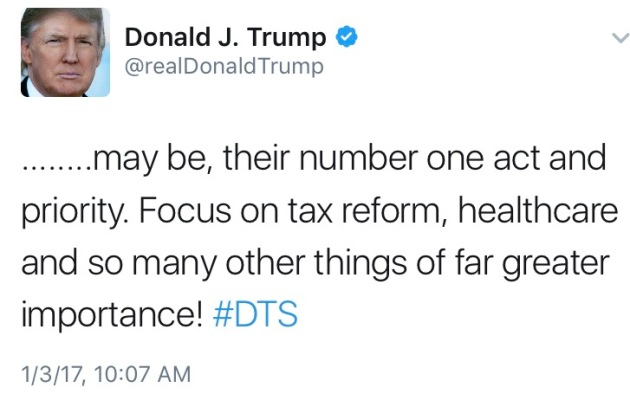 Leave a comment Posted by Robert Turner on July 4, 2016

It has been awhile since I’ve been on here. But this occasion, the celebration of the birth of our Nation is a good reason to return.  And yes, I get the irony of smoke a Cuban on Independence Day.

This medium corona is the smallest from the Tubos series. It was a gift from a friend who was traveling abroad. I smoked this Cuban RyJ as I tried to watch the fireworks at Meridian Hill Park near my home. But it was too overcast and there was too much fog which prevented me from a good viewing. Although it was cool for a DC July night, it was very humid and muggy, not to mention wet. It had been raining off and on all day, and there was still some scattered showers.

There is not a lot of bang in this cigar, as it is medium in strength. It is heavy on woody flavors, and offers other flavors such as herbs and nuts. Took about 25 minutes to smoke, which is a little on the short side for me. But overall, it was not a bad smoke. 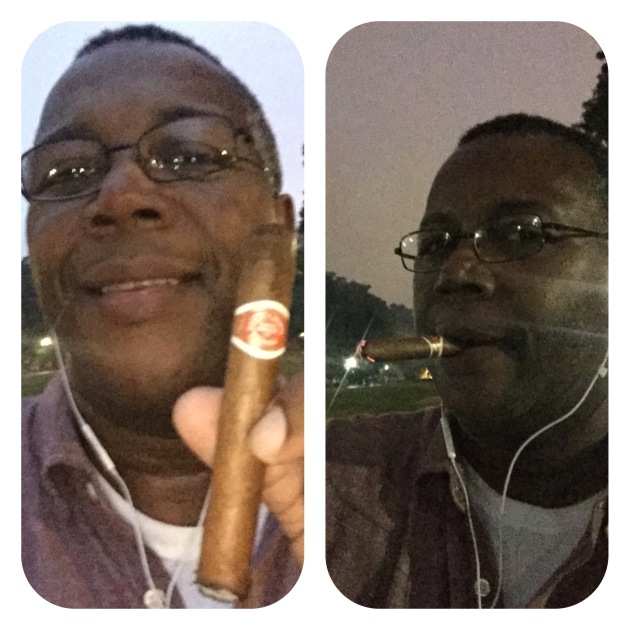 Leave a comment Posted by Robert Turner on August 28, 2015

With this weekend being the 10 year anniversary of Hurricane Katrina, I thought I would reflect on my experience with the storm.  Though I have never lived in New Orleans or Louisiana for that matter, I have many dear friends who I’ve met while in DC who are from the area.  And I’ve befriended many of the locals who I see each time I return.  My annual sojourn down to NOLA for Mardi Gras gives me a different perspective.  While I was not physically or economically impacted by Hurricane Katrina, I was emotionally affected.

Between 1995 and 2005, I had travelled to New Orleans eleven times – 6 times for Mardi Gras, and 1 time each for New Year’s Eve, Southern Decadence, a wedding and a Congressional junket.

Most tourists, unfortunately, don’t venture much outside of the French Quarter.  Thankfully, I was taught by friends local to the area that New Orleans had so much more to offer than 78 square blocks that is the Vieux Carré.

My dear friend Monica had me visiting Uptown (which ironically is south of The Quarter) quite often.  Not only did I get to see some of the most beautiful grandiose mansions along St. Charles Ave., but along the 30 minute streetcar ride, I would get to pass Tulane University and come close to the Audubon Park Zoo.  We would end up at Cooter Brown’s Tavern & Oyster Bar, where I had my first taste of alligator.

On other trips, I would visit some of the jook joints in Treme, Marigny, and Chalmette, which were not necessarily the safest of neighborhoods, but a damn good time.  I have fond memories of Sweet Lorraine’s.  Then there were the many trips to visit the famous cemeteries at the end of Canal Street near City Park. 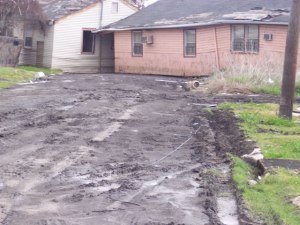 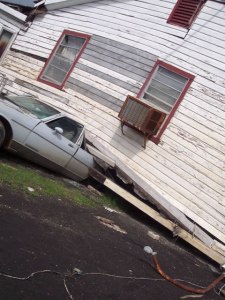 The photos above were taken in the lower Ninth Ward during our trip for MG06, six months after the storm.

In the months after the devastations of Katrina, me and my friends who’ve gotten so much joy from our trips down to the Crescent City, decided that we would return to New Orleans the next year for another Mardi Gras.  The city wasn’t going to recover solely from federal dollars, the economy had to rebound.  And that meant residents had to return and tourism had to continue.  The common mantra we heard that year from the locals was “thank you for coming back!”  For us, it wasn’t even a question.

Since the levees broke, we’ve been back to N’awlins seven times for Mardi Gras.  And who could forget the pouring rain mud-fest that was British Pat’s bachelor party for Jazz Fest in 2007.  And every time I return, I make new friends.  On our trip to Mardi Gras this year, we met Corey, who bartends at our favorite breakfast place – Deja Vue.  He makes a mean bloody mary and an absolute delicious French 75.

By the way, I was sitting at Deja Vu one morning, and a guy comes in, orders a drink, sits for a minute and then leaves.  When he left, I said to my bartender, he looks familiar.  He said to me, “that was Kermit Ruffins.  He comes in a lot.”  Kermit Ruffins is a local jazz trumpeter.  He’s quite well known nationwide in the jazz circuit.  He was also in the the HBO series, Treme, which is about New Orleans’ recovery after the storm.

I will continue to love this city and will visit it as often as I can.

Statement from the Keystone State

Statement Regarding the Opinion of Judge Jones in the Whitewood Case

Statement Regarding the Opinion of Judge Jones in the Whitewood Case

“I have thoroughly reviewed Judge Jones’ opinion in the Whitewood case. Given the high legal threshold set forth by Judge Jones in this case, the case is extremely unlikely to succeed on appeal. Therefore, after review of the opinion and on the advice of my Commonwealth legal team, I have decided not to appeal Judge Jones’ decision.

“As a Roman Catholic, the traditional teaching of my faith has not w​​avered. I continue to maintain the belief that marriage is between one man and one woman. My duties as Governor require that I follow the laws as interpreted by the Courts and make a judgment as to the likelihood of a successful appeal.

“Throughout the debate on this important and meaningful issue, I have maintained that Commonwealth officials and agencies would follow the provisions of Pennsylvania’s marriage law unless or until a court says otherwise. The court has spoken, and I will ensure that my administration follows the provisions of Judge Jones’ order with respect for all parties.

“It is my hope that as the important issue of same-sex relationships continues to be addressed in our society, that all involved be treated with respect.”

Leave a comment Posted by Robert Turner on July 4, 2013

As America celebrates her 237th Independence Day, we live in a land that’s a little more free.  Today, there is a little bit more to celebrate.  We’re not completely there yet, but we have and we will continue to persevere.

Last week, the Supreme Court struck down Section 3 of the Defense of Marriage Act, which takes us one step closer to full equality for the LGBT.  That section had barred the federal government from recognizing same-sex marriages in states where it was legal.

There are still questions and issues to sort out, but today, we can clearly say that we are moving in the right direction.

And in the words of former Vice President Dick Cheney, “Freedom means freedom for everyone.”

Enjoyed White House Down.  It was a good action-packed movie.  Didn’t have high expectations with the series of sub par movies lately. And it’s good to see a movie where the ending is not set up to lead to a sequel.
There are some scenes that are a bit cheesy, but the story more than makes up for it.  Channing Tatum (still hot!) is a very believable hero who has made mistakes in the past and is trying to better himself.
I give it 7 out of 10 stars

I’ve never really taken the time to try a 5 Vegas Classic, until now. Boy, have I been missing out!  This is a great middle of day-let’s take a break-cigar that won’t leave you on your ass when you done.  This allows one to head back to the office to continue plotting world domination.

The 5 Vegas website says that the tobacco comes from five different plantations.  And it comes in seven sizes.  Today, I had the corona.

Quotes from the Pride Parade

Leave a comment Posted by Robert Turner on June 9, 2013

“But if my being seen in the parade is a visible sign that God loves and accepts people across the full spectrum of human sexuality, it will have achieved its purpose.”
– The Very Rev. Gary Hall, Washington National Cathedral

But he didn’t stop there.

“I’m sure I’ll get some angry letters for participating in something this flamboyant. But you know, I think the flamboyance might actually loosen up some uptight people.”

New LCR Ad in The Hill

Leave a comment Posted by Robert Turner on January 9, 2013

Funny, I don’t hear the gay left demanding to know where Log Cabin got the money for this add in the The Hill newspaper. LCR_THE_HILL