Leave a comment Posted by Robert Turner on September 6, 2012

If you missed this little (ok, not really little) tidbit, take some time to watch the exchange between CNBC’s Maria Bartiromo and retiring Congressman and Financial Services Ranking Member Barney Frank.  It’s a little over 12 minutes long, but highly entertaining!

That Dee-lux Apartment in the Sky

Last night, I learned that the actor who played one of my most beloved characters on television in the 70s and 80s passed away.  Sherman Hensley (1938-2012) originated the role of George Jefferson on All in the Family, and went on to star in the most successful of seven spins-offs — The Jeffersons.

For eleven years, I would anticipate George Jefferson strutting into or out of a scene, yelling for or arguing with his wife, “Weezie,” (Isabel Sanford) and ALWAYS fighting with their maid, Florence (Marla Gibbs) and neigbor, Helen (Roxy Roker — mother of Lenny Kravitz).  Hensley would later star in the church comedy Amen.

Today, in an age of few TV theme songs, I doubt I can find anyone over the age of 30 who doesn’t know all of the words to that Ja’net Dubois opening,   Will Smith even references the song in his 1998 mega hit, Gettin’ Jiggy Wit’ It.  (Now they give it to me nice and easy/Since I moved up like George and Weezie).

It was on this show that I first heard the iconic song, Georgia on my Mind.  It was during an episode when they first introduced Weezie’s sister, Georgia.

And for good measure…

Earlier this week, a dear friend of mine invited me to a private pre-screening she was hosting of the USA Network’s new series, Political Animals, staring Sigourney Weaver as a former presidential candidate & current Secretary of State.  Let me just say that Ms. Weaver looks absolutely AMAZING!

The short run series (I guess this is the new term for mini-series) premiere this Sunday (July 15).  The show navigates the worlds of politics & family – & women’s roles within them.  Let’s see how long it takes you to place the Sigourney’s character with a real-life person.

It’s pretty good.  I am actually looking forward to watching it again this weekend and tuning in each week.

From the press release…

Leave a comment Posted by Robert Turner on April 5, 2012

Leave a comment Posted by Robert Turner on April 1, 2012

Rarely are mid-season replacements so funny and compelling. But in the case of Don’t Trust the B.. in Apt 23, I think ABC may have a hit on their hands.

The show centers around Chloe (Krysten Ritter), a New York party girl and savvy street smart con artist with the “morals of a pirate,” who causes trouble for her new roommates. Her goal is to sweet talk them into moving in, paying a deposit plus first and last month’s rent, then driving them so batshit crazy that they decide to move out without notice, forfeiting their deposit, allowing Chloe to pocket the cash.

Enter, June (Dreama Walker), a naive small town girl from Indiana who moves to New York City for a new job, that quickly disappears due to an embezzling CEO. Add to the mix a strange play on reality with James Van Der Beek playing, James Van Der Beek. In a stroke of hilarity, Van Der Beek plays a fictional version of himself, often mocking his character from Dawson’s Creek.

Rarely have I laughed out loud so often within a 22-minute period!

The show premieres April 11th on ABC, but you can catch the pilot online now. Check it out. It’s well worth it.

Leave a comment Posted by Robert Turner on February 19, 2012 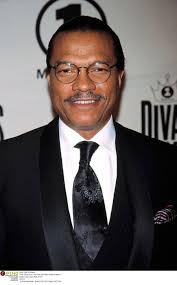 William December “Billy Dee” Williams, Jr. (born April 6, 1937) is an American actor, artist, singer, and writer.  He is most known for playing Lando Calrissian in Star Wars Episode V: The Empire Strikes Back and Return of the Jedi.

Williams was born in New York City, New York, the son of Loretta Anne, a West Indian-born elevator operator from Montserrat, and William December Williams, Sr., an African-American caretaker from Texas.  He has a twin sister, Loretta, and grew up in Harlem, where he was raised by his maternal grandmother while his parents worked at several jobs.  Williams graduated from the Fiorello H. LaGuardia High School of Music & Art in Manhattan, where he was a classmate of Diahann Carroll, who coincidentally played the wife of his character Brady Lloyd on the 1980s prime-time soap Dynasty.  They later met again in an episode of White Collar, starring Matthew Bomer.

Williams first appeared on Broadway in 1945 in The Firebrand of Florence.  He returned to Broadway as an adult in 1960 in the play version of The Cool Word.  He appeared in A Taste of Honey in 1961.  A 1976 Broadway production, I Have a Dream, was directed by Robert Greenwald and starred Williams as Martin Luther King, Jr.  His most recent Broadway appearance was in August Wilson’s Fences, as a replacement for James Earl Jones in the role of Troy Maxson in 1988.

He made his film debut in 1959 in the Academy Award nominated The Last Angry Man, opposite Paul Muni, in which he portrayed a delinquent.  He rose to stardom after starring in the critically lauded blockbuster biographical TV movie, Brian’s Song (1971), in which he played Chicago Bears star football player Gale Sayers.

After this breakthrough, Williams became America’s leading black film actor in the 1970s after starring in a string of critically acclaimed and popular movies, many of them in the Blaxploitation genre.  In 1972, starred as Billie Holliday’s husband Louis McKay in Motown Productions’ Holiday biopic Lady Sings the Blues.  The film was a box office blockbuster, becoming one of the highest grossing films of the year and received five Academy Award nominations.  Diana Ross starred in Lady Sings the Blues opposite Williams; Motown paired the two of them again three years later in the successful follow-up project Mahogany.

The early 1980s brought Williams the role of Lando Calrissian, which he played in Star Wars Episode V: The Empire Strikes Back and in Star Wars Episode VI: Return of the Jedi.  In 1989 Williams appeared in another blockbuster, playing Gotham City district attorney Harvey Dent in Tim Burton’s Batman.  The actor claimed to have modeled his character on controversial African-American politician Adam Clayton Powell, Jr.

Williams, clearly intending to follow the dictates of his own sensibility, has moved from character actor to glamorous leading man and back again, expressing no interest in being pigeonholed.  And ultimately, as he revealed to Soul, his endeavors have become linked to the spiritual: “I am an artist no matter what I do,” he proclaimed. “I live for creativity. I think everyone should. It is the antithesis of being destructive.  I want to always be able to see–to walk into any situation and see the people and what is going on.”

Leave a comment Posted by Robert Turner on February 11, 2012 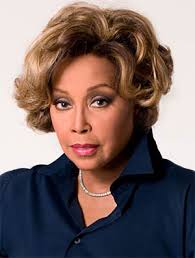 Diahann Carroll was born Carol Diahann Johnson in The Bronx, New York in July 17, 1935.  She is an American actress and singer.  Carroll was born, to John Johnson of Aiken, South Carolina and Mabel Faulk of Bladenboro, North Carolina.  When Carroll was an infant, the family moved to Harlem where she grew up.  She attended Music & Art High School, along with schoolmate Billy Dee Williams.

Carroll’s film debut was a supporting role in Carmen Jones (1954) as a friend of the sultry lead character. She then starred in the Broadway musical, House of Flowers.  In 1959, she played Clara in the film version of Gershwin’s Porgy and Bess, but her character’s singing parts were dubbed by opera singer Loulie Jean Norman.  She made a guest star appearance in the series Peter Gunn, in the episode “Sing a Song of Murder” in 1960.  In 1962 she won the Tony Award for best actress (a first for a black woman) for the role of Barbara Woodruff in the Samuel A. Taylor and Richard Rodgers musical No Strings.  In 1974, she was nominated for an Academy Award for Best Actress for Claudine.

Although Diahann won a Tony Award for No Strings on Broadway in 1962 and a loyal following in Las Vegas, it was her 1968 NBC sitcom Julia that brought her the most attention.  Carroll is best known for her title role in the 1968 television series Julia, which made her the first African American actress to star in her own television series where she did not play a domestic worker.  She was nominated for an Emmy Award in 1969, and won the Golden Globe Award for “Best Actress In A Television Series” in 1968.  Her first Emmy nomination had come in 1963 for Naked City.  Some of her other earlier work included appearances on shows hosted by Jack Paar, Merv Griffin, Johnny Carson, Judy Garland and Ed Sullivan, and on The Hollywood Palace variety show.

Later she created the role of Dominique Deveraux on the popular prime time soap opera, Dynasty.  Diahann is said to have been watching the prime time soap one evening and thought, “they have a good bitch (Crystal, played by Linda Evans) and a bad bitch (Alexis, played by Joan Collins).  Now they need a black bitch!”

In December 2008, Carroll was cast in USA Network’s series White Collar as June, the savvy widow who rents out her guest room to Matt Bomer’s Neal Caffrey.

Leave a comment Posted by Robert Turner on February 10, 2012 Vanessa Lynn Williams (born March 18, 1963) was born in Tarrytown, New York and is an American pop-R&B recording artist, producer, dancer, model, actress and showgirl.  In 1983, she became the first woman of African-American descent to be crowned Miss America, but a scandal generated by her having posed for nude photographs published in Penthouse magazine caused her to relinquish her title early and she was succeeded by the first runner-up, Suzette Charles of New Jersey – who was also African-American.  Williams rebounded by launching a career as an entertainer, earning multiple Grammy, Emmy, and Tony Award nominations.

Williams was the first African-American spokesmodel for L’Oréal cosmetics in the late 1990s.

Williams released her debut album The Right Stuff in 1988, which spawned the hits “The Right Stuff”, a #1 on Hot Dance Songs, and “Dreamin'” a #1 on R&B and #8 on Billboard Hot 100.  Her second studio album The Comfort Zone in 1991 topped the Billboard R&B Album Chart, which spawned the Billboard Hot 100 number-one hit “Save the Best for Last”.  In total, Williams has sold more than six million records and has received 15 Grammy Award nominations.

In 1994 she debuted on Broadway in the musical Kiss of the Spider Woman.  In 1995 she recorded “Colors of the Wind”, the Oscar-winner for Best Original Song from the Disney animated feature film Pocahontas, which reached #4 on the Billboard Hot 100.

Williams’s first film acting role was as the star of the feature film Eraser in 1996. She also starred in the movies Soul Food, Dance with Me, The Adventures of Elmo in Grouchland, Shaft and Johnson Family Vacation.

From 2006 to 2010 she played the role of the scheming, self-absorbed diva and former supermodel Wilhelmina Slater in the ABC comedy series Ugly Betty, for which she received three Emmy Awards nominations.  In 2009, Williams released her eighth studio album, The Real Thing.  In 2010 she joined the ensemble cast of the series Desperate Housewives as spoiled rich woman Renee Perry.

Leave a comment Posted by Robert Turner on January 30, 2012