Leave a comment Posted by Robert Turner on January 20, 2017

This is a new idea I recently had to write a little about covers of popular and favorite songs of yesteryear. I’ll try to steer clear of obvious choices (I Will Always Love You, Nothing Compares 2 U, etc.), and focus on songs people didn’t know were covers or that a certain artist actually covered a song by X. Below is the first installment of #flashbackfriday.

Before they were giving it away under the bridge, the Red Hot Chili Peppers reached for “Higher Ground,” a Stevie Wonder cover. Released in 1989 on their fourth studio album, Mother’s Milk, the George Clinton-inspired Chili Peppers saw their first cross over hit as they were paying homage to Stevie Wonder and the important role he played in popular music.

The original, was released in 1973 on Stevie Wonder’s Innervisons album (which also included Living for the City, All in Love is Fair, Don’t You Worry ‘bout a Thing). It reached #4 on the Billboard Hot 100. In an interview with the New York Times, Stevie said the song lyrics addressed the issue of reincarnation.

Rolling Stone ranked the original song #265 on their list of the 500 Greatest Songs of All Time.

Leave a comment Posted by Robert Turner on December 25, 2012

I used to love Christmas music!  I looked forward to it every year.  I knew all of the songs, religious and secular.  They were fun, heartfelt and joyous.   But that was then.

Today, shopping malls start pumping in the “Christmas cheer” as early as October.  And the artists of today produce seasonal songs that, to be kind, is extremely lacking.

Much like the holiday itself, Christmas music — err, holiday songs have become so commercial.  These singers are churning out songs simply to make a buck.  Hey, that is the American way.  And as long as there’s a market for it, they will continue to do so.

To be fair, there have been a few songs here and there in recent years that will stand the test of time for the holidays.  Mariah Carey’s “All I Want for Christmas is You” and Bryan Adams’ “Something About Christmas Time” comes to mind.  But in my opinion, there hasn’t been a great release of a Christmas song, or songs since 1987’s A Very Special Christmas.

As a fundraising avenue for the Special Olypmics, A Very Special Christmas compiled songs from 15 of the biggest acts of the time.  Listening to this CD still holds up through the years.  Take a look at the amazing tracks below.

Leave a comment Posted by Robert Turner on August 7, 2012

Wow!  the bitch is back, and he’s being vile, bitter, and slightly on point.

Queerty, reports some pretty vicious quotes from an aging Sir Elton John about an also aging Madonna.  It’s been obvious for some time that Elton and Madge don’t like each other.  But the vitriol in this latest dust up is quite stirring.  The following are not for delicate eyes.

“If Madonna had any common sense she would have made a record like Ray Of Lightand stayed away from the dance stuff and just been a great pop singer and make great pop records, which she does brilliantly. But no, she had to go and prove… she looks like a fucking fairground stripper.”

Quote #2
“Why is she such a nightmare? Sorry, her career is over. Her tour has been a disaster and it couldn’t happen to a bigger cunt.”

At lunch today, I heard an old favorite of mine from Sting.  It was actually his first solo hit after leaving The Police.  The song is appropriate today because on most Fridays, I celebrate #80sFridays, where I post lyrics to popular songs from the 80s on Twitter and Facebook, taking requests along the way.

It allows me and my friends a chance to stroll down amnesia lane.  Plus, many of the songs from the 80s are timeless and much better than some of the crap that’s put out today.

Sting’s “If You Love Somebody Set Them Free” is also appropriate for me because I have recently had to reevaluate certain friendships.

The song also reminds me of a particular monologue from  my favorite movie drag queen, Madea.

“Some people are meant to come into your life for a lifetime, some for only a season and you got to know which is which.  And you’re always messing up when you mix those seasonal people up with lifetime expectations.  I put everybody that comes into my life in the category of a tree.  Some people are like leaves on a tree.  When the wind blows, they’re over there… wind blow that way they over here… they’re unstable.  When the seasons change they wither and die, they’re gone.  That’s alright.  Most people are like that, they’re not there to do anything but take from the tree and give shade every now and then.  That’s all they can do.  But don’t get mad at people like that, that’s who they are.  That’s all they were put on this earth to be.  A leaf.  Some people are like a branch on that tree.  You have to be careful with those branches too, cause they’ll fool you.  They’ll make you think they’re a good friend and they’re real strong but the minute you step out there on them, they’ll break and leave you high and dry.

“But if you find two or three people in your life that’s like the roots at the bottom of that tree you are blessed.  Those are the kind of people that aren’t going nowhere.  They aren’t worried about being seen, nobody has to know that they know you, they don’t have to know what they’re doing for you but if those roots weren’t there, that tree couldn’t live.  A tree could have a hundred million branches but it only takes a few roots down at the bottom to make sure that tree gets everything it needs.  When you get some roots, hold on to them but the rest of it… just let it go.  Let folks go.  If Somebody wants to walk out you’re life, LET THEM GO!” – Madea, from Madea Goes to Jail

Most people, unless you are into the DC music scene, aren’t familiar with Chuck Brown or Go Go-style music — an early form of hip-hop. Go Go style gathered wide-spread notice in 1988, when E.U. busted out with Da Butt, from the School Daze soundtrack. Then his signature track was sampled in Nelly’s 2002 mega hit, Hot in Herre (“I feel like bustin’ loose, and I feel like touchin’ you”).

To put it in context, Chuck Brown is to DC was Stevie Ray Vaughan was to Austin, TX. 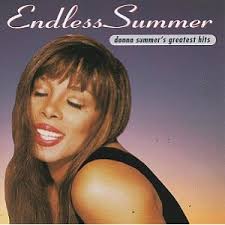 Then there is Donna Summer. I don’t even know where to begin. I first fell in love with her music with the soundtrack from Thank God It’s Friday, a little known 70s movie with an amazing musical line up – Donna Summer, Diana Ross, Thelma Houston, just to name a few.

Then there was the video-fave She Works Hard for the Money. But of course, going back in time, there were the greats like MacArthur Park, Love to Love You Baby, Hot Stuff, and Bad Girls. Whew! That girl could sing!!! She had a couple of comeback hits with This Time I Know It’s for Real (1989), I Will Go with You (Con te partirò) (1999), and Stamp Your Feet (2008).

Both Chuck Brown and Donna Summer sure did work hard for their money. Rest in peace.

Leave a comment Posted by Robert Turner on May 4, 2012 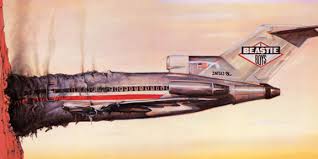 The line that sticks in my head right now is, “one lonely Beastie I be.  All by myself without nobody.”

I just read over on WaPo that Adam Yauch, known as MCA has just passed away.

Adam Yauch, co-founder of the trailblazing hip-hop trio the Beastie Boys, has died at age 47. His death was first reported by GlobalGrind.com, the Web site of hip-hop mogul Russel Simmons. A person close to the group confirmed the report.

A cause of death was not disclosed, but Yauch — also known by his stage name, MCA — announced that he was being treated for cancer in 2009 after discovering a tumor in his salivary gland. He was not present when the Beastie Boys were inducted to the Rock and Roll Hall of Fame this April and his treatments have kept the band from touring since 2009.

Leave a comment Posted by Robert Turner on April 15, 2012

Today, the Dupont Circle Citizens Association and the Dupont Circle ANC (2B) sponsored the 2nd annual Dupont Festival.  They are starting small and hope that in 10 to 15 years, it will be a grand celebration.  Today’s event featured live entertainment from the Friends of Keegan Theatre (FOKT) and the turning on of the iconic fountain.

The Legwarmers Put on One Helluva Show

Leave a comment Posted by Robert Turner on April 15, 2012

Last night, me and about twenty friends ventured out to Falls Church, VA to see a performance of The Legwarmers, DC’s premiere 80s cover band.  I had only seen them once before, about five years ago.  And as they approach their ten year anniversary, they are just as amazing as when I first saw them.

There was only one negative thing I can say about the show last night at The State Theatre.  It started 45 minutes late!  I know concerts rarely start on time, but 45 minutes?!

But the over all night was extremely fun!  Their set list included 43 songs that span more than three hours.  But don’t just take my word for it.  Visit my YouTube channel where I posted nine videos from last night’s performance.  Below, I’ve included the set list for the show.  Needless to say, I will be going to see another show!

MDNA Will Have Biggest Second Week Drop in Chart History

Leave a comment Posted by Robert Turner on April 10, 2012

According to an exclusive Forbes Magazine article, Madonna’s “MDNA” album will have fallen from its inflated perch at number 1 by 88% – from 359,000 copies in its first week to roughly 46,000 the second week.  The article goes on to reveal that most of Madonna’s first week sales were CDs that were included in the sale of concert tickets, which inflated her numbers.

Thinking of Good Friend While Organizing my Music

Leave a comment Posted by Robert Turner on April 1, 2012

As I am going through my music collection, organizing my iTunes, I am listening to one of my favorite CDs of all time — Erasure’s Chorus, from late 1991.  As I walk down amnesia lane listening to the songs, I can’t help but think of my good friend Eric S back in Round Rock, TX.  How many nights did we listen to this CD on repeat?